What is the difference between blue and pink salt?

Blue salt or Persian Blue Salt is one of the best types of salts in the world that contains very useful minerals. Blue salt is 100% Iranian and it is formed in the mines of Semnan and Garmsar under special temperature and pressure conditions in the form of blue veins in the heart of the salt rock. This type of salt is extremely rare and must be broken down by many salt stones to extract it, which is why it is more expensive than regular salts.

Pink Himalayan salt is an edible salt and contains minerals such as calcium, magnesium, iron and potassium in its compounds. The pink and sometimes red color of Himalayan salt is due to the presence of iron oxide. Pink salt is extracted from the Punjab region of Pakistan, near the foothills of the Himalayas, in the form of large pieces of salt rock and has extraordinary minerals.

Visit this link to buy Persian blue salt and Pink salt powder at a reasonable price and the best quality. 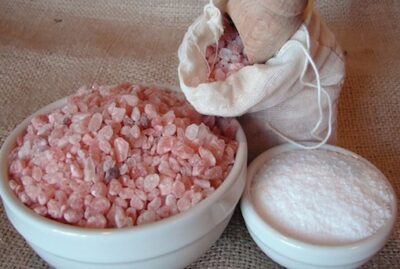 Often, when it comes to salt, the first image that comes to mind is the normal salt in the kitchen. White salt with very fine grains, which after purification and cleaning, some edible iodine is added and used for salt at tables, tablecloths and inside food during cooking.

Today, however, other types of salt have entered people’s food basket, which are more useful than regular salt. Including Himalayan pink salt and blue salt, each of which has different properties and benefits. These two salts, in addition to oral and daily consumption, are sometimes used to treat certain diseases as a use on the skin. In this article, we are going to take a detailed look at these two types of salt by addressing the question “What is the difference between blue and pink salt?” and invite you to stay with us until the end..

What is Persian blue salt?

Blue salt is a rare type of mineral salt that is rich in nutrients for the human body and its formation is several million years old. During several hundreds of millions of years, in the climatic conditions and movements of the continental plates, potassium has been placed in salt crystals in a special way, and the result has become what is extracted today with hard and time-consuming processes and is offered in the store of Ersaly blue salt store. 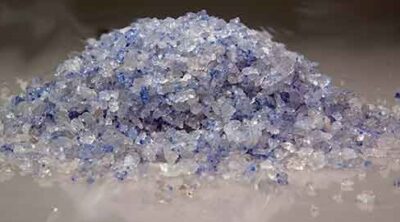 What is Persian blue salt?

Online store Ersaly Sales Center Original Blue It is in Iran that after many researches on this type of salt, they realized its unique properties. Blue salt has a considerable amount of potassium, which causes the blueness of salt crystals. The blue color in salt crystals is in the form of delicate veins and after milling, the salt is still blue. Profiteers try to sell fake salt to consumers by dyeing salts, so we recommend buying blue salt from reputable and well-known stores for a reliable and cost-effective shopping experience..

What is Himalayan pink salt Powder?

Pink Himalayan salt powder is an edible salt and contains minerals such as calcium, magnesium, iron and potassium in its compounds. The pink and sometimes red color of Himalayan salt is due to the presence of iron oxide. Pink salt is extracted from the Punjab region of Pakistan, near the foothills of the Himalayas, in the form of large pieces of salt rock and has extraordinary minerals. Himalayan pink salt has properties similar to Crystal Blue Salt It is sold in the form of semi-coarse crystals in damaged salts. It is better not to use pink salt for cooking so that salt minerals do not lose their properties due to heat.

What do you know about the benefits of pink Himalayan salt?

In addition to oral intake, Himalayan pink salt is used in different forms and has great health benefits. These properties include increasing levels of serotonin hormone in the body, helping to treat migraines, removing throat sputum and treating bronchitis. Also elements in crystals Himalayan salt In addition to supplying the required salts, the body has natural antiseptic properties for the mouth and teeth. Other properties of pink salt include :

Don’t forget that pink Himalayan salt contains significant amounts of sodium chloride. Despite all the advantages of this unique salt indulgence in its consumption, it causes heart failure, cirrhosis of the liver, high blood pressure and kidney disease. On the other hand, pink salt lacks iodine and is not recommended for people who need this ingredient. 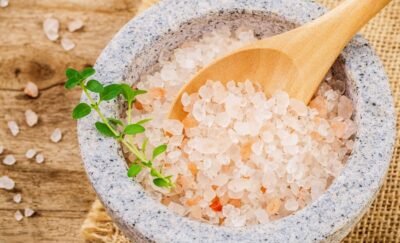 How to use Himalayan pink salt

Himalayan salt is used in a variety of ways depending on its application:

Pink Himalayan salt has many minerals and essential elements. However, these minerals are present in very small amounts and are not harmful to health.

Get to know the properties of blue salt

Aqueous salt has very useful minerals such as potassium, calcium, iron and magnesium, which are essential elements for body health. In the following, we will briefly learn about the positive effects of each of these elements in the body. :

In addition to the elements, aqueous salt contains 98% natural and pure sodium chloride, which makes the taste of food and foods more pleasant for us..

Differences between blue and pink salt

Now, with the knowledge we have gained from pink and blue salts, what is the better answer to the question of blue and pink salt? We will. In terms of the elements, both salts contain calcium, potassium, magnesium, iron and sodium chloride but with different percentages. For example, blue salt has a higher amount of potassium, so it is blue, and pink salt is formed in red and pink due to a higher percentage of iron oxide. 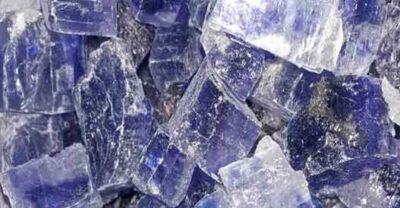 What is the difference between edible salt and Himalayan pink salt?

A table salt has a higher amount of sodium than Himalayan salt. Pink Himalayan salt contains amounts of minerals such as zinc, magnesium, calcium, potassium and iron. these minerals are not contained in edible salt.

There are no additives in Himalayan salt. Due to the presence of various mineral impurities such as magnesium, potassium, calcium and iron in pink. Table salt contains additives such as anti-boiling agents and is processed to eliminate impurities, while Himalayan salt is not processed.

The pink Salt of the Himalayas is much more balanced and healthier than regular edible salt. Real, high-quality Himalayan pink salt is one of the purest salts you can find. It is even usually extracted by hand. This is very different from oral salt, which has a lot of abnormal interference. Edible salt is highly processed and its minerals are removed and placed on the iodine source list only because it has added iodine. Commercial edible salt usually 97.5 Percentage up 99.9 The percentage of chloride is sodium. Meanwhile, high-quality unrefined salts such as Himalayan sea salt may only be around 87 have sodium chloride percentage.

Frequently Asked Questions about the Properties of Persian Pink Salt

Iodine content in Himalayan salt is less than 0.1 it’s hot. This amount does not cause any harm to humans. However, iodine is an essential nutrient for the proper functioning of cells, tissues and muscles. Also required for thyroid hormone production.

Can Himalayan pink salt be used for stomach pain?

Pink Himalayan salt is one of the natural ways to relieve stomach pain. It can also be used to treat stomach infections and help with de-creaming.

Average scores 5 از 5
Vote count: 2 Vote
Newer How to treat a headache with salt?
Back to list
Older Benefits of Pink Himalayan salt and how to use it